What’s Next for Hawks Football? 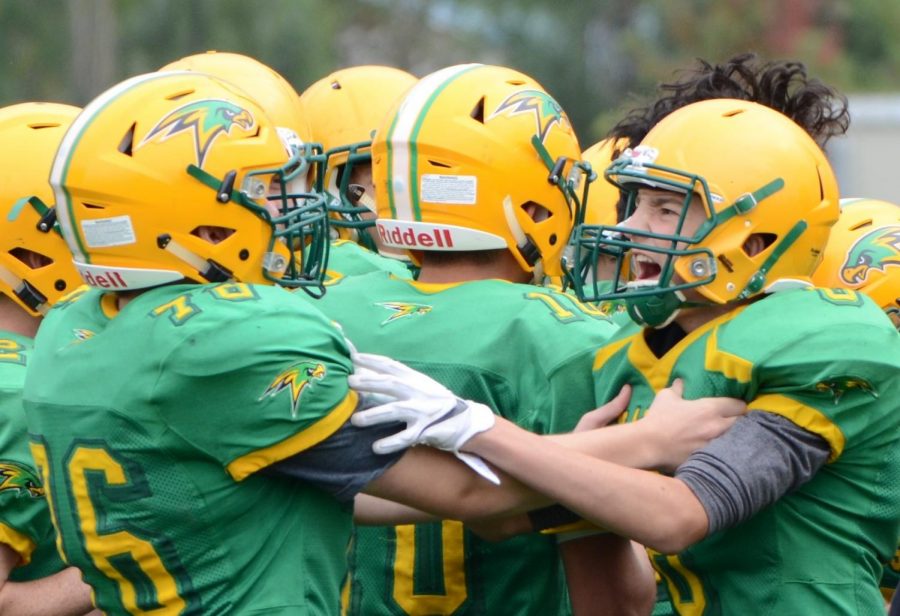 The Lakeland Hawks football team successfully finished an entire season through a pandemic. They had a relatively strong season despite all the hardships they had faced day in and day out.

At the start of the regular season, some didn’t believe that their team would be able to play an entire season. However, regardless of all of the roadblocks and adversity Lakeland faced, they finished the season with multiple wins and advanced to the state tournament.

The Hawks finished the regular season with a 3-4 record with big wins over Lewiston and a season sweep of rivals Timberlake. The Hawks completed a season, avoiding sickness and COVID cases to the best of their ability.

The Hawks lost a tough game in the first round of the playoffs against the Central High School Diamondbacks. The final score was 14-17.

Although Lakeland played a very good season considering the top-notch competition that they were faced with, they are losing many important players going into next season and will have to utilize some of the more talented lower classmen.

Entering the 2021 football season, all upcoming Lakeland players are working hard and getting stronger and faster, preparing for next season. Many future varsity players were asked questions about next season.

Student Gerald Yeahquo, who will compete for a varsity spot next season, said, “I was excited to even have played a season at all, we lost quite a few games on the C-team but our varsity team is a potential state team next season.”

Tightend Hans Pluid continues to be ,and was able to give his input.

“We had a decent season regardless of the record, and I believe that we have a lot of talented players on the freshman and JV teams this year. If we condition over the offseason, we will have a very successful varsity season next year,” Pluid said.

Riley Saxe and Trevor Hutchison were also interviewed and they noted that as long as our players work hard over the off-season, we will have an even better Varsity season than we did last year.

JV player Jameson Elliot had this to say about next year’s season. “I believe that we will do good next year considering we still have a lot of talent.”

Lakeland Football is looking on the upside entering next season. Work ethic is stressed across the school regardless of what the topic is, but when it comes to football, as long as effort is put in, success will be achieved.