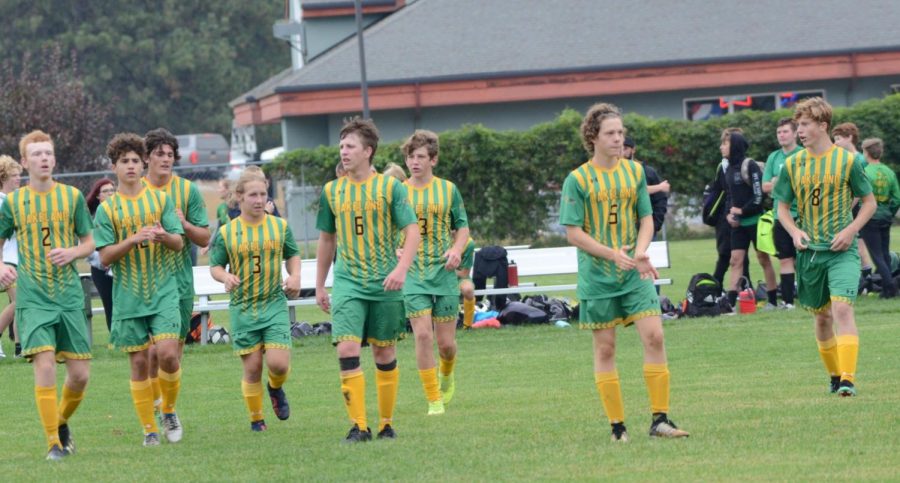 The Lakeland Hawk soccer team walks off the field.

Lakeland boys varsity soccer team(1-5) scored twice in a 5-2 loss to the Moscow Bears on September 19 at Sunrise Rotary field in Rathdrum, Idaho.

The Hawks came into the game after having their last game canceled due to the smoke levels.

Left-wing Brenner Drake scored a goal against Moscow during the first half of the game. He had two guys on him while he took the shot at the net and got a point for the Lakeland Hawks.

Lakeland’s right-wing Issac Fritts controlled the ball downfield and was able to kick the ball toward the goal multiple times, but the team was having a hard time getting it past the Moscow goalie.

This Thursday, September 24. The boy’s varsity has a home game against post falls at Sunrise Rotary Field.