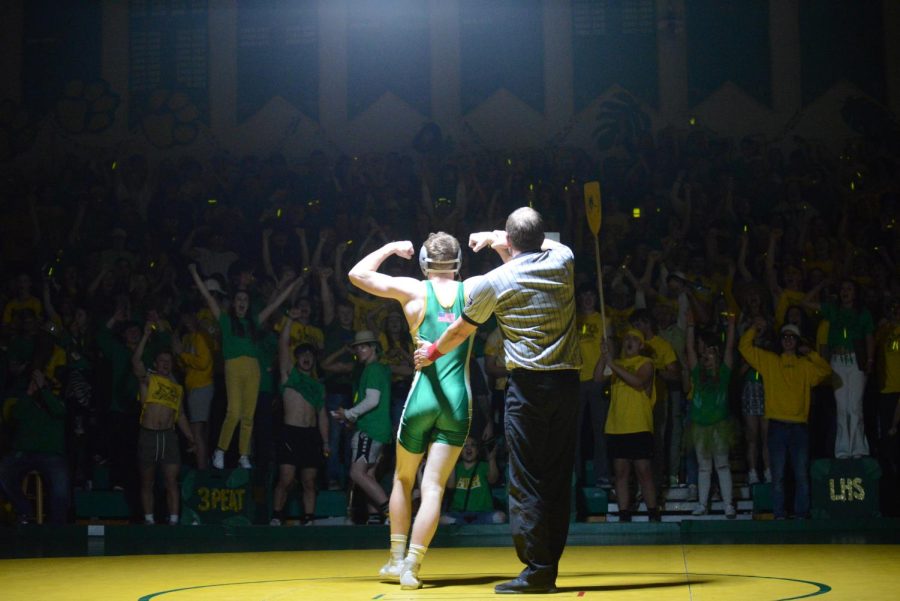 Matt and Lucas Williams are in their third year wrestling together at Lakeland High School. They both qualified and placed in districts and are now on their way to state.

Matt is going to state for his second year, and Lucas is going for his fourth consecutive year, making appearances every year of his high school career.

Although Matt’s season is not over, he explained that he has really enjoyed it so far. When explaining his favorite memory of the season he said, “I really had fun when we went bowling in Bonners Ferry.”

Lucas echoed similar sentiments about the quality of their season; however, his favorite memory was, “Staying in hotel rooms with my wrestling teammates.”

Once Matt and Lucas started wrestling, they did not look back. Since they began wrestling together, they have been very prominent wrestlers in Lakeland’s program.

Since Lucas is one year older, this is his last state tournament appearance; however, Matt still has one more year left in his high school career.

Matt has different plans. He is also not planning to wrestle after high school. Instead, he is planning to attend lineman school and learn to operate on power lines, which he hopes to pursue as a career.

Previewing the upcoming state tournament, Lakeland has a very good shot at the title. Although Lakeland fell to Sandpoint in districts which snapped a streak of 13 straight district titles for LHS, they also had other wrestlers qualify for state, including Devon Howell and Anika Thompson, in addition to the Williams brothers.

Lucas had a message for anyone thinking about trying to become a wrestler. “If anyone is looking to try something new, wrestling is an excellent opportunity to grow both physically but also grow as a person, and I would recommend (it) to everyone”.