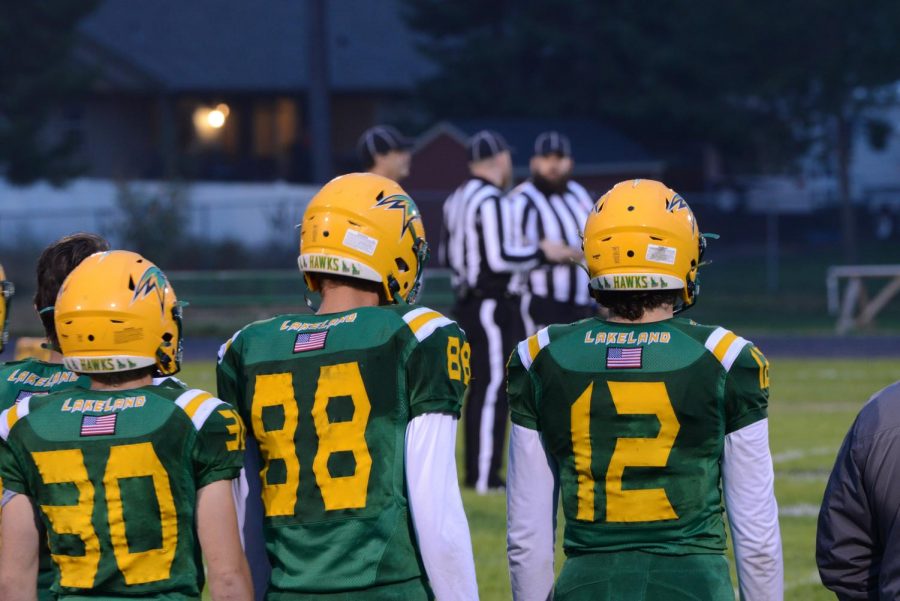 The Lakeland Hawks football team is traveling down to Pocatello, Idaho for the state tournament on Thursday and Friday. For the first round, the Hawks will be playing the Skyline Grizzlies at the Holt Arena.

The Hawks are coming off a tough loss against the Sandpoint Bulldogs 37-10. With the loss, the Hawks got the 11 seed, and the Bulldogs acquired the number one seed. In the game, senior quarterback, Devon Suko, threw for 89 yards with 20 rushing yards. Like always, John Cornish ran for 118 yards with one touchdown.

But, the Grizzlies are coming off back-to-back wins against Hillcrest and Shelley High School. The quarterback for the Grizzlies, Lachlan Haacke, is a threat on the field. In the past two games, Haacke has 310 passing yards with 6 touchdowns, with two of the touchdowns being thrown to Kenyon Sadiq. Sadiq is the most targeted receiver for the Grizzlies.

Cornerback Richie Thomas thinks the Hawks defense will be able to shut him down.

“It’s just coverage plans and we have that super down. If we run how we are supposed to run our coverages…and with our coaching from Rick Anderson, it’ll be possible,” Thomas stated.

Another downside for the Hawks is that they have a nine-hour bus ride with only one stop. While on the other hand, the Grizzlies are only a mild 45 minutes away from the Holt Arena. Head coach Tim Kiefer believes that even though they’re gonna be stuck in a bus for nine hours it won’t affect how the Hawks will play.

“I think it brings a whole different aspect to the game, we have to be a lot more mentally tough,” Thomas stated.