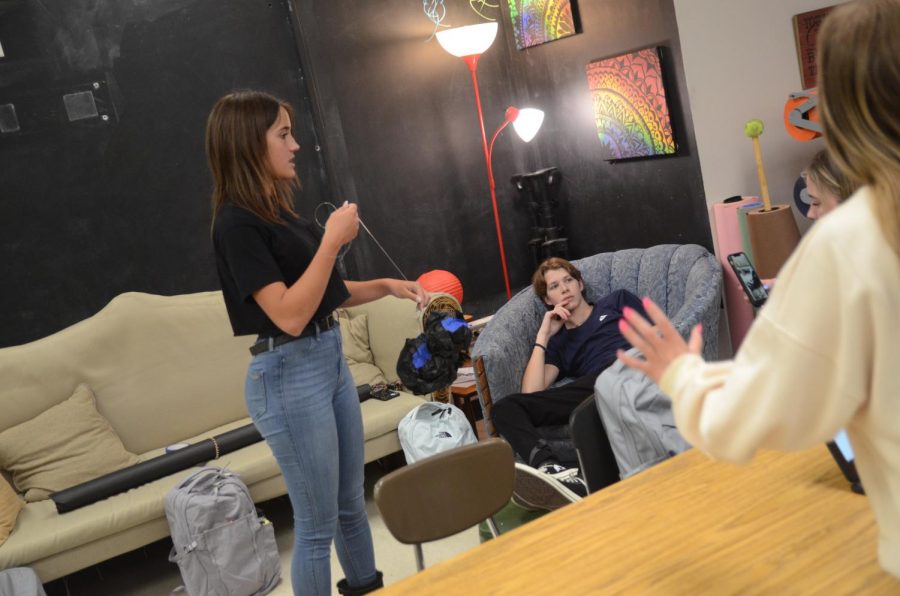 Homecoming is an event that most people are excited for, but not many people know what it takes to be able to have homecoming, and behind the scenes of it.

Jewel Freitas, the sophomore public relations officer says, “the most important thing about getting ready for homecoming is making sure that everyone is in the right spirit, and for students to want to participate in everything set up by the student council.”

One of the hardest things for the student council is getting the students to want to get involved with the lip sync and spirit week dress-up days. Jewel says, “It took a lot of Zoee Young and me posting on Instagram for people to actually show up to the lip-sync.”

The themes are decided by the student council brainstorming ideas and bouncing back and forth about what they want for a theme. Jewel says, “The seniors and upperclassmen have more seniority in picking themes for everything, but it just involves a lot of ideas from everyone and what everyone thinks the students will enjoy the most.”

Organizing the dance is separated into two groups. The junior chair of assembly, Piper Reilly informed that “One of the groups is class, which is for decorating the hallways and preparing the lip sync. We also have committee groups, which are for any grade. They set up the assembly and prepare for it. There is also a royalty committee, they choose royalty and get the sashes and everything ready.”

Piper Reilly also mentioned, “I like coming up with the games and scripts for the Assembly. It’s fun to decide who plays the games and how the assembly goes.”

Some of the student council members are more worried about covid interfering with the dance, and the dance getting canceled. Jewel stated, “I’m scared the covid cases in our school will end up causing the dance to get canceled, especially since it was canceled last year.”