The Ways of Recycling 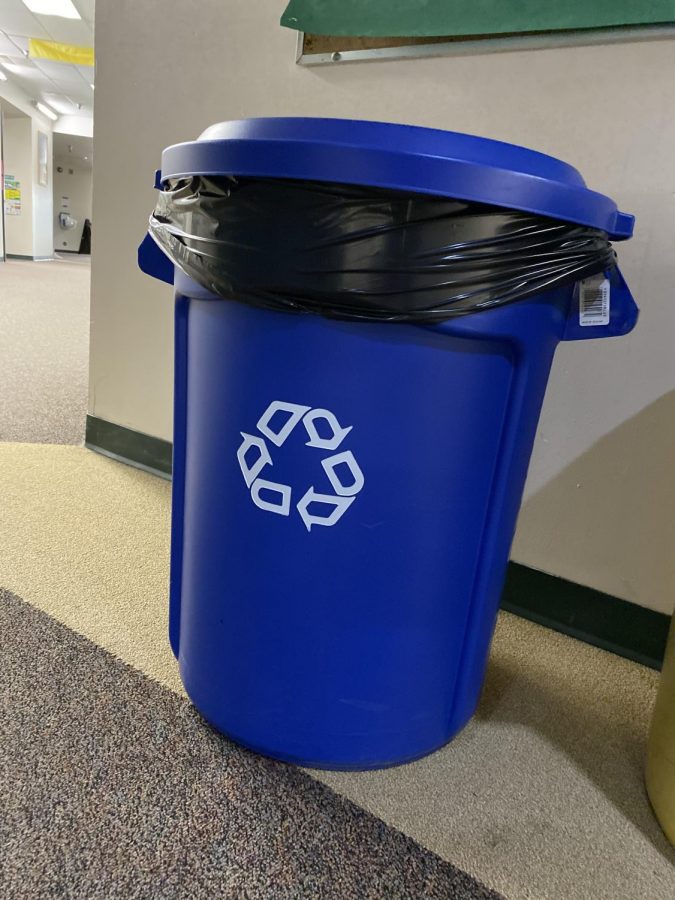 What are those blue bins in every classroom that people throw some of their trash in? Well they are the recycling bins that most teachers got this year or last year.

Most students use the recycling bins at school but at home they may not use it because most people do not have paper in their house that often. Although some people use aluminum cans and recyclable plastic bottles.

The recycling that people put into the bins goes to a larger recycling dumpster behind the school. The recycling located in the school are in all of the classrooms and some are spread out throughout the hallways.

Some students rather choose to throw their papers and water bottles in the garbage even though there is a recycling bin right next to the garbage can.

Trent Derrick, the principal at Lakeland High School, states, “We don’t really use paper in our house. We don’t even get a newspaper anymore.”

Most students at LHS say the same thing because they also do not recycle at home but might compost because there isn’t really anything to recycle anymore.

If people have a garden or some type of farm animal they use compost more often than others that don’t have those things.

Recycling can be described in more ways than just paper and compost. Some people recycle technology known as e-waste, you can recycle dirt, food, paper, plastic and much more.

By recycling technology you are giving other people an advantage for improvement. You can use old technology to fix parts in new technology.

Another way to use technology parts or recycling products is to make art out of them depending on what the product is.

People even recycle car parts, Subaru is a popular car to use for parts because of how good of quality their parts are. In fact people try to steal Subaru’s for their parts.

If you don’t recycle you are adding more to our planet which is going to be there for generations upon generations to come. By recycling you are not only helping the planet but you are also helping people improve.

A lot of people don’t recycle because they either forget or they believe it will make its way into the garbage anyway.