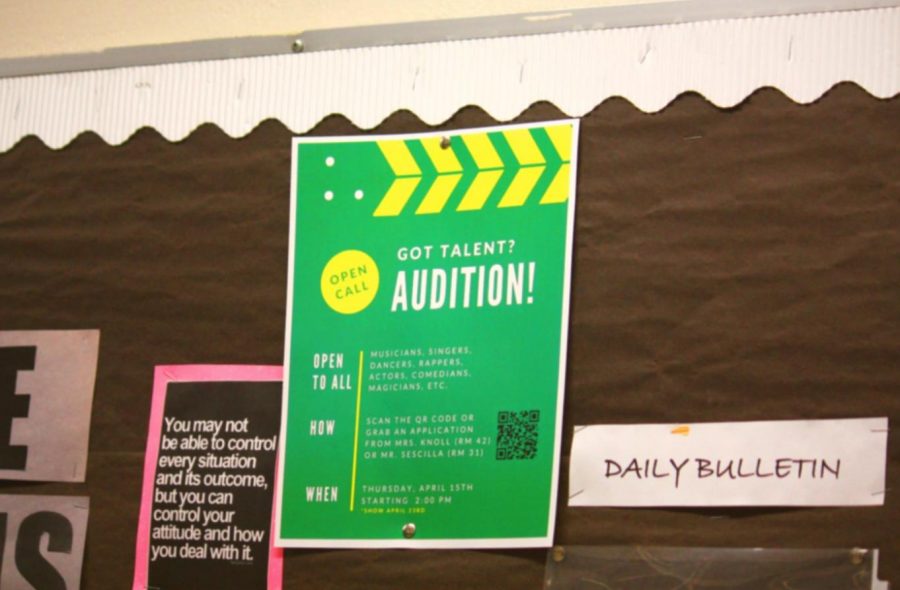 Students were getting ready to perform for their friends and family in the talent show at Lakeland High School on Friday April 23. Unfortunately, on the Wednesday before the talent show, students participating found a note on their desks informing them that the talent show was cancelled due to not having enough help behind the scenes.

When asked about the reasoning behind having to cancel the show, Mrs. Knoll stated that too many people involved in helping backstage with the sound and lighting, the MC, the stagehands, out of all those jobs many had to cancel.

“We had enough talent to pull it off, just not enough manpower” says Mrs. Knoll, teacher for the drama department.

Those involved in sports had to cancel helping due to games being rescheduled. This Friday was chosen because Mrs. Knoll and Mr. Sescilla had looked through the calendar and noticed that it was the only Friday with the least sports games. Unfortunately, games have been rescheduled and students had to cancel on the talent show at the last minute. The date cannot be pushed back because of spring sports taking up everyone’s time.

With the talent show being cancelled, Mrs. Knoll has decided to take the extra time and start making preparations for the musical that the drama department will be putting on next year. Usually a musical is put on every other year, and it was supposed to be this year. Yet due to COVID Knoll did not want to put in a lot of money to put on the musical just to have to cancel due to restrictions or not having enough people.

With the extra time, Knoll is planning to prepare early and to start scouting people and recruiting for the musical next year. She hopes to be able to put on a successful show next year without the concern of being restricted due to COVID.

Lakeland’s talent show being cancelled opened up more time for preparations for the musical next year. Even though students were disappointed about not being able to perform, many have the opportunity to be able to help out in next year’s musical.