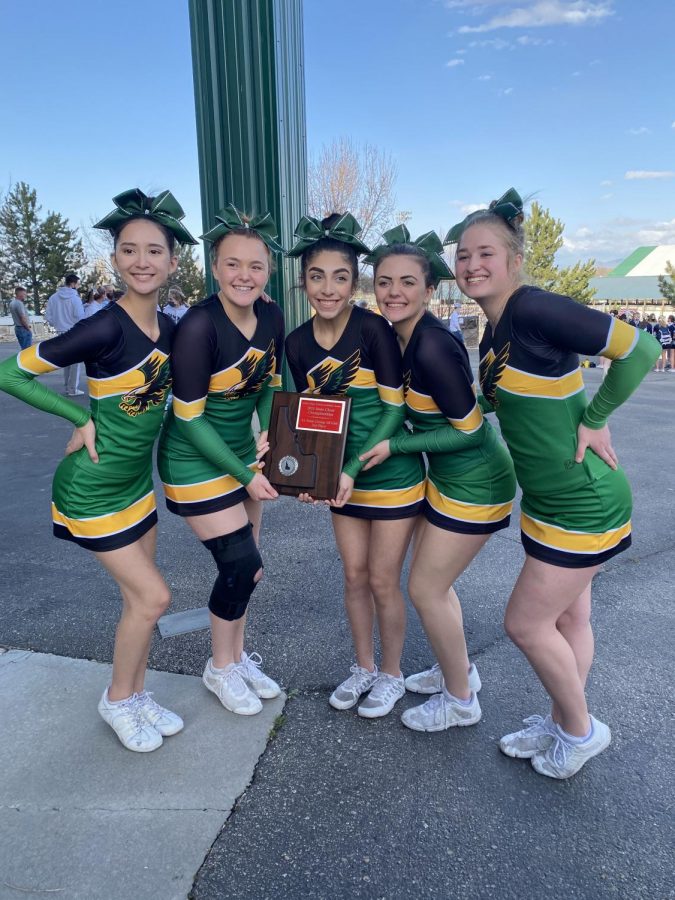 The Lakeland High School cheer team competed at their state competition in Boise on March 19 against twenty other teams.

The team placed 13th overall, with their stunt team having the highest placement out of all their routines.

With much of the competition being from South Idaho, the team were unaware of many of the routines they were to go up against, the only familiar faces being those of Sandpoint and Moscow.

Even if the team placed lower overall, the all girl stunt team placed 2nd in the whole state, being beaten only by a team that is known for their stunt team being one of the best.

The team finished their season off down in Boise, this being the last competition for many of the seniors on the team that are not continuing this sport at their chosen college.

The coaches will be having tryouts for the 2021-2022 season in the upcoming months, and everyone is encouraged to try out.