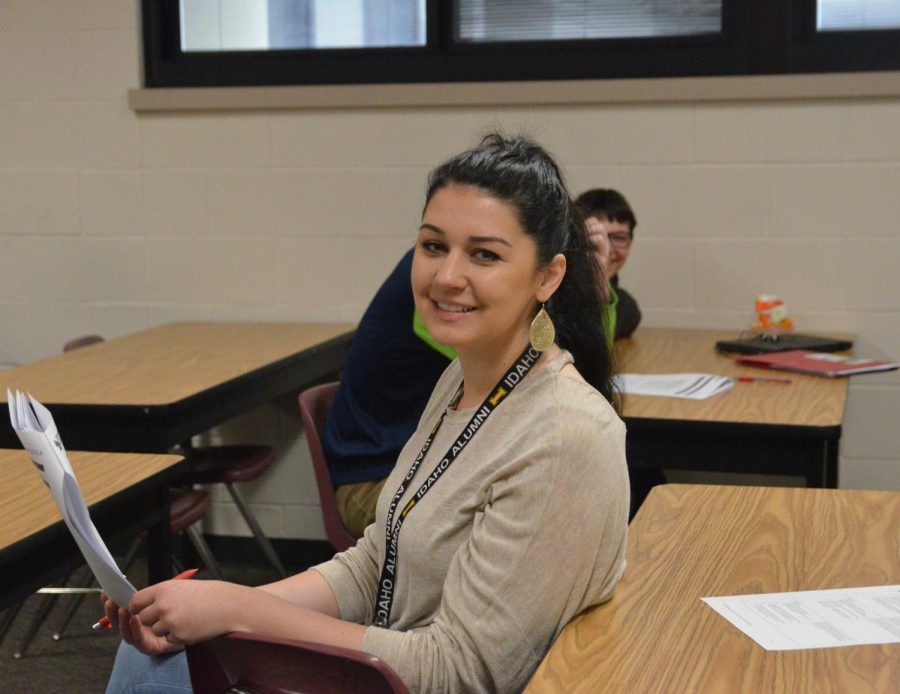 Whitfield grew up in Coeur d’Alene and went to school at Timberlake Jr. High. She also went to the Coeur d’Alene Charter Academy.

“I love to read, hike, and most of all, travel,” says Whifield.

Before her current job as an English teacher, she taught overseas in Guangzhou, China and Abu Dhabi, and the United Arab Emirates. After that, she was an Academic Advisor at the University of Idaho’s College of Natural Resources.

“Teaching overseas was a wonderful experience, both personally and professionally.” said Whitfield.

While she traveled to these different countries she learned the languages and a lot about their culture. She also “gained a sense of freedom and independence” while she was there.

Mrs. Whitfield feels that she learned more from her students overseas than what she taught them.

“I also believed it made me a better teacher” says Whitfield, “as I was able to gain insight into different perspectives of education and learn from colleagues from around the world.”

Whitfield had a job overseas for about three years and wouldn’t mind doing it again. “I encourage anyone who can, to go and live overseas for a period of time.”

She also says it was exciting to teach students from different backgrounds.

In the future, Whitfield plans to continue teaching for a while. However, she wants to eventually get a role in curriculum development for the English language learners.