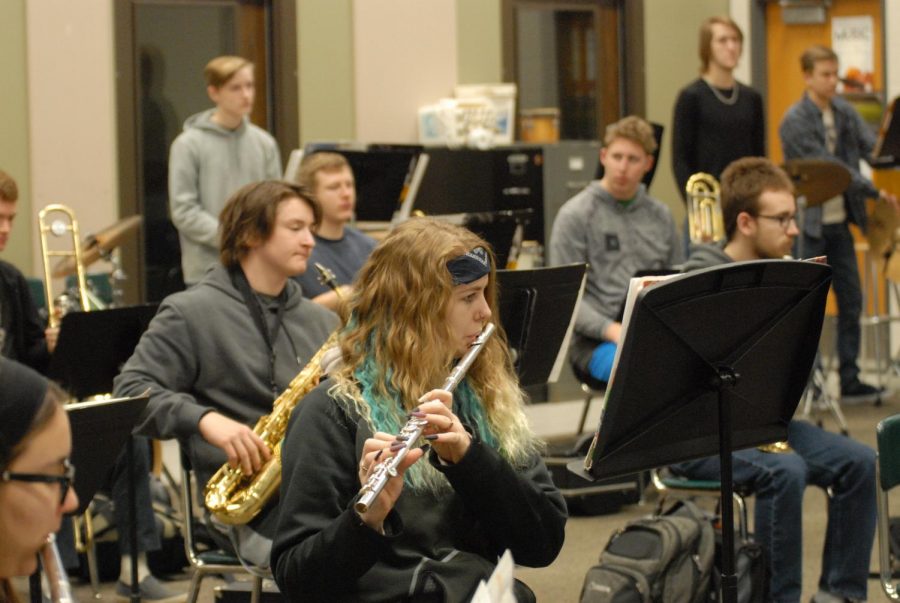 The Lakeland High School Band has just filmed their winter concert for parents and families to view. The LHS band has about 2-3 concerts a year, not including the assemblies.

With the Coronavirus taking a huge hit on our schools, they have not been able to have the parents and families come to the concerts (to prevent the spread of COVID-19).

When asked about what the band was doing for their concerts, the LHS band teacher Mark Sescilla answered “We couldn’t do a winter concert, but instead we made some videos. I borrowed some equipment from Mrs.Knoll and I learned how to do some video editing.”

Sescilla also had the band dress up in their normal concert clothing and had already recorded the music in class. He then later filmed different shots for the video.

“The other thing we have never done before was at the football games, instead of the normal band playing we had what was called a drum band this year. So we could wear masks while playing with the drum sticks” Sescilla stated.

A few nights ago they had their first pep band game. They played up in the balcony of the new gym for the most recent basketball game.

He used the editing website called Filmora which was a new learning experience for Sescilla.

Katie Hansen, a student at LHS states, “I think with COVID-19 I would prefer to have the concerts filmed rather than public.”

It was hard because they wanted everything just right rather than when at a live concert if you were to mess up one note you would just continue playing on but while filming they would see the little mistakes and decide to redo the whole thing over again.

He is hoping to do a live spring concert rather than film it because Idaho is moving into stage three. He would like to be able to do it in the gym or outside at least.

Sescilla would also like to let everyone know “Go Hawks!”